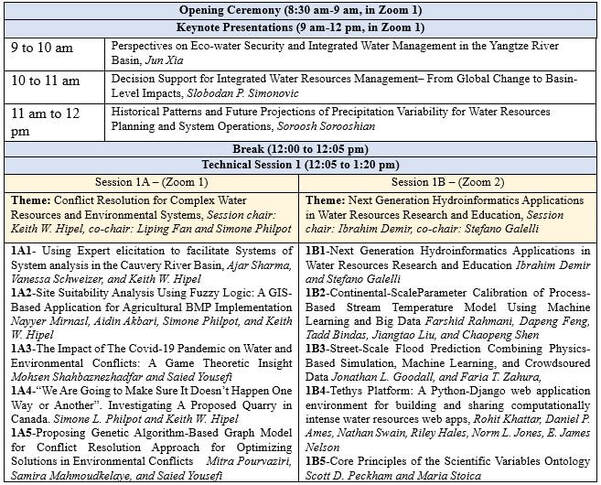 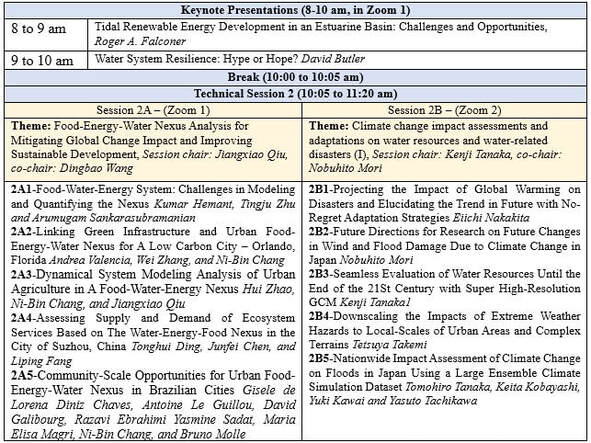 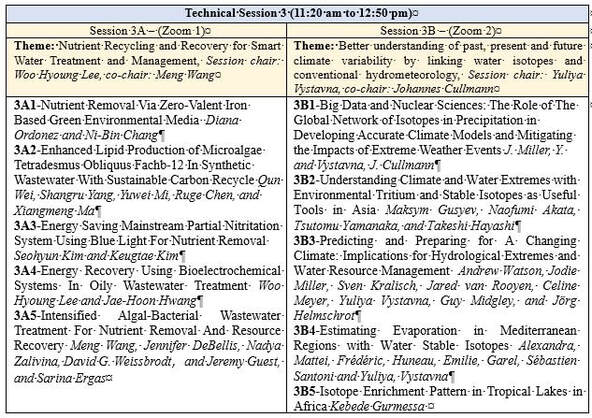 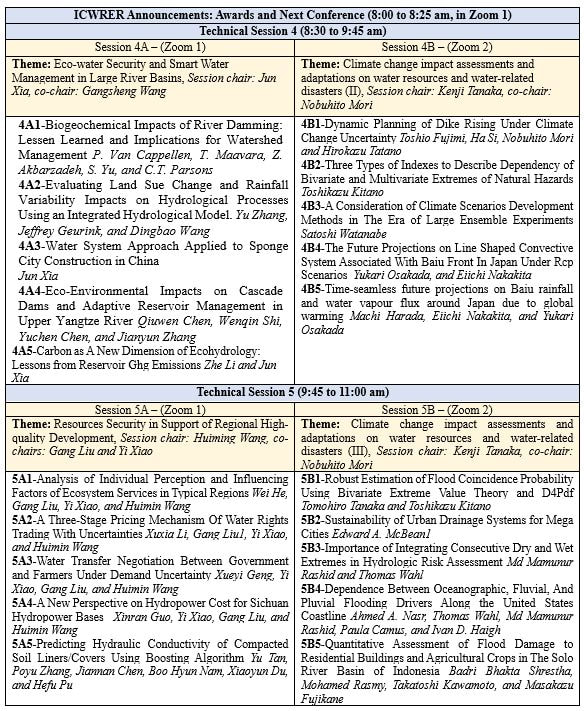 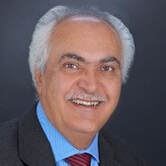 Prof. Soroosh Sorooshian
Prof. Soroosh Sorooshian​ is the Director of the Center for Hydrometeorology & Remote Sensing (CHRS) and Distinguished Professor of Civil & Environmental Engineering and Earth System Science Departments at UC Irvine. His area of expertise is Hydrometeorology, water resources systems, climate studies and application of remote sensing to earth science problems with special focus on the hydrologic cycle and water resources issues of arid and semi-arid zones. He also consults on problems related to surface hydrology and urban flooding. He is a member of the US National Academy of Engineering (NAE); Member of the International Academy of Astronautics (IAA); Fellow, American Association for the Advancement of Science (AAAS) and serves as a Member-at-Large, Section on Atmospheric & Hydrospheric Sciences; Fellow, American Geophysical Union (AGU) and serves as a member of the Board of Directors; Fellow, American Meteorological Society (AMS); Fellow, International Water Resources Association (IWRA); Member, Joint Scientific Committee, (JSC) of the World Climate Research Programme (WCRP); Past Chair, Science Steering Group (SSG) of Global Energy and Water Cycle Experiment (GEWEX) of the World Climate Research Programme (WCRP); U.S. Member of the Hydrology Commission for WMO; Emeritus member of UCAR Board of Trustees and NOAA Science Advisory Board; Past-President of AGU's Hydrology Section; member of five editorial boards and former editor of AGU's Water Resources Research. Among his recent honors are: Chinese Academy of Sciences (CAS) Einstein Professorship, 2014; AGU Robert E. Horton Medalist, 2013; UCLA CEE Distinguished Alumnus of the Year Award 2013; Eagleson lectureship, Consortium of Universities for the Advancement of Hydrologic Science (CUAHSI), 2012; Recipient of the 4th Prince Sultan Bin Abdulaziz International Prize for Water Resources Management & Protection in 2010, Recipient of the NASA Distinguished Public Service Medal in 2005, Recipient of Robert E. Horton Memorial Lectureship, American Meteorological Society, 2006 and the William Nordberg Memorial Lecture at the NASA Goddard Space Flight Center in 2004. In 2007 UNESCO awarded the Great Man-made River Water Prize to the Center for Hydrometeorology and Remote Sensing (CHRS) and the University of AZ Center for the Sustainability of semi-Arid Hydrologic and Riparian Areas (SAHRA). Professor Sorooshian was the founding director for both centers. Professor Sorooshian was named the Walter Orr Roberts Lecturer, American Meteorological Society, 2009 for “For bridging the interdisciplinary gap between hydrology, meteorology, and remote sensing”. He was also the recipient of the Orange County Engineering Council (OCEC) Distinguished Engineering Educator Award (2009); the American Society of Civil Engineers (ASCE) Orange County Branch 2007-2008 Distinguished Engineering Educator award and was twice selected as the “Outstanding Professor in the Henry Samueli School of Engineering” by the UCI classes of 2009 and 2011.
​
Keynote speech tittle: Historical patterns of precipitation and future projections uncertainty at regional scales
​ 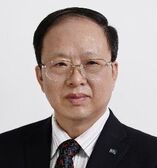 ​Professor Jun Xia
Professor Jun Xia is Chair Professor & Director of the Research Institute for Water Security (RIWS), Wuhan University. He also works with State Key Laboratory of Water Resources & Hydropower Engineering Sciences. Professor Xia has contributed a suite of innovative research in regard to hydrological sciences and water resources engineering. He has published over 400 publications, including 342 journal papers. Over a stellar career, he carved out a global impact with his creative approaches leading to central questions of nonlinear hydrological theory and integrated water resources management. These efforts serve as an engine for sustainable development especially integrating social and economic aspects. He served various leadership positions, such as being the President of International Water Resources Association (IWRA, 2009-2012) to deal with global issues. He was awarded “International Hydrological Prize - Volker Medal”, given by IAHS, UNESCO and WMO in 2014, the 2017’s State Natural Science Award in China, and elected Fellow of The International Union of Geodesy and Geophysics (IUGG) (2019 class). He was inducted an Academician by the Chinese Academy of Sciences (2015 class) due to his excellent academic achievement. 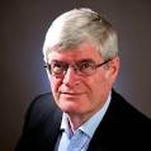 ​Prof. Roger A. Falconer
Prof. Roger A. Falconer is Emeritus Professor of Water and Environmental Engineering at Cardiff University and Chair Professor at Hohai University and the Yangtze Institute for Conservation and Development, China. He has been working closely with practitioners and specializing in water and environmental engineering and acquiring extensive research experience in developing and applying computational hydro-environmental models for environmental impact assessment (EIA) studies and engineering design. At Cardiff he founded the Hydro-environmental Research Centre. He was President (2011-15) and appointed Honorary Member (2017) of the International Association for Hydro-Environment Engineering and Research. He has published extensively in the field of hydro-environmental modelling and has delivered over 50 keynote and 550 external lectures to a wide range of audiences in the UK and world-wide. He is a Fellow of the Royal Academy of Engineering, a Foreign Member of the Chinese Academy of Engineering, A Fellow of European Academy of Sciences, and a Fellow of the Learned Society of Wales.

​Prof. David Butler
Prof. David Butler is the Head of Engineering and Professor of Water Engineering at the University of Exeter and is an internationally leading researcher, teacher, manager, and consultant in the water sector.  He has a bachelor’s degree in civil & structural engineering from Cardiff University, a master’s in public health engineering and a doctorate in environmental engineering, both from Imperial College London. He is a chartered civil engineer and a fellow of the Royal Academy of Engineering, the Institution of Civil Engineers, the Chartered Institution of Water & Environmental Management and the International Water Association. At Exeter, he is a Director of the Centre for Water Systems, Director of the EPSRC WISE Centre for Doctoral Training and formerly Associate Dean for Research in the College of Engineering, Mathematics & Physical Sciences. He specializes in urban water management, including sustainable and resilient water systems, rainwater management systems, smart infrastructure, and water-energy-carbon interactions. David has authored / co-authored some 300 published papers, in addition to 12 books (including an internationally adopted graduate textbook on Urban Drainage), published best practice guides and edited conference proceedings. His research has been funded continuously by EPSRC since 1995. He is co-editor-in-chief of the Urban Water Journal.

​Prof. Slobodan P. Simonovic
Prof. Slobodan P. Simonovic is Professor Emeritus at the Department of Civil and Environmental Engineering and Director of Engineering Studies at the Institute for Catastrophic Loss Reduction at the University of Western Ontario, London, Canada. He is globally recognized for his unique interdisciplinary research in Systems Analysis and the development of deterministic and stochastic simulation, optimization, multi-criteria analysis, and other decision-making methodologies. His work addresses the challenging system of systems problems lying at the confluence of society, technology and the environment and has been applied with a sustainable development perspective in water resources management, hydrology, energy, climate change and public infrastructure. His main contributions include modelling the risk and resilience of complex systems.

Professor Simonovic has influenced academia, industry and government via university teaching, publication of leading-edge research, mentoring of young people, delivering stimulating research seminars at institutions around the world, carrying out joint research projects, and consulting work. He has received awards for excellence in teaching, research and outreach and has been inducted to the Canadian Academy of Engineering in June of 2013,  Royal Society of Canada in Nov of 2020, and Serbian Academy of Sciences and Arts in Nov of 2021.

Dr. Simonovic has authored / co-authored over 600 professional publications (over 260 in peer-reviewed Journals) and three major textbooks. He has delivered over 310 keynote and invited talks. He is serving the profession as the associate editor for three and a member of the editorial board for five water journals.